Curse of Exhaustion is a warlock Curse which reduces the target's movement speed.

Known as "CoX" or "CoEx" for short, to avoid confusion with

[Curse of the Elements].

Many NPCs have a faster baseline running speed than players, making this curse more useful in PvP than in PvE.

CoEx can actually be very useful in catching those enemy players who are trying to escape from you and/or your allies, especially if they're carrying the flag in a capture-the-flag game. 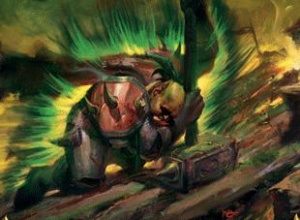 Prior to patch 2.0.1, this talent only reduced speed by 10% and required 4 more points in

[Improved Curse of Exhaustion] to reduce it by another 5% per point. It used to require five talent points to reduce the target's movement speed by 30%.