One of the dreadlords left in Lordaeron after the Legion's defeat, Dalvengyr and his kinsmen were not aware of Archimonde's destruction, and continued to wait for word from him as they stood their posts.

After Kael'thas repaired the observatories in Dalaran's ruins, Dalvengyr led a force of undead into his territory and destroyed his outlying outposts. Garithos ordered Kael to defend Dalaran at all costs, but then removed his foot soldiers, cavalry and support teams (all human and dwarven troops). Kael was faced with a suicide mission until Lady Vashj arrived with her naga forces. Together, they destroyed Dalvengyr's bases and slew the dreadlord.

Dalvengyr is summoned by Gul'dan during his encounter in the Nighthold. 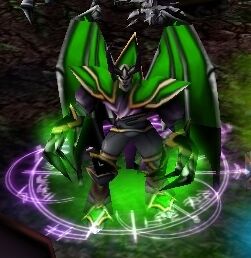