Not to be confused with Lyana Darksorrow.

Dark Ranger Lyana leads the attack against the Derelict Strand near Vengeance Landing.

She was present at the funeral ceremony of Vol'jin in the Dranosh'ar Blockade. She later traveled to Trueshot Lodge to join the Unseen Path.

During the Blood War, Lyana was assigned by Sylvanas Windrunner to track down Varok Saurfang alongside an adventurer after Saurfang escaped Alliance custody. Contrary to what the adventurer was led to believe, Lyana was not there to capture him but to kill him instead. She and a force of Forsaken confronted Saurfang and Zekhan in the Swamp of Sorrows, and were killed.[2] 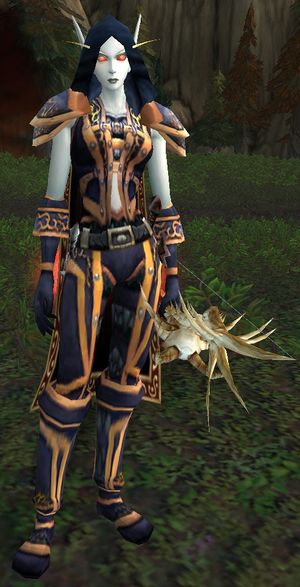 Impressive and pathetic at the same time.