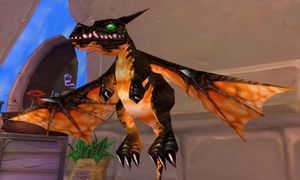 Dark Whelpling summons and dismisses Dark Whelping, a dragon whelpling companion that follows you around, meaning it is a non-combat pet and will not aid you in battle.

It also has a chance to be listed on the Black Market Auction House by Breanni, for the opening bid of 1,000 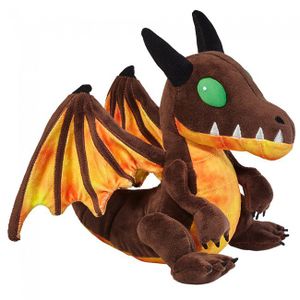 Hopes that someday it can grow up to destroy villages.

The drop rate of this pet is 0.1% (one in every thousand kills)[1] and takes an incredible amount of patience and determination in order to get one. Due to the difficulty of obtaining one, and thus their rarity, they can sell for fairly large amounts of gold on the Auction House, at least as far as pets are concerned. The table below shows the cumulative probability of getting at least one after a number of kills.

The Dark Whelpling is the only whelp to retain it's original drop location after the Shattering.

Its previous icon was