For other uses, see Death From Above (disambiguation).

Death From Above is a quest achievement earned for reaching the highest point in Widow's Clutch within the Molten Front. Requirement for the meta-achievement

[Veteran of the Molten Front].

The point of the achieve is not to kill them, but to bomb them; hitting them once will suffice. 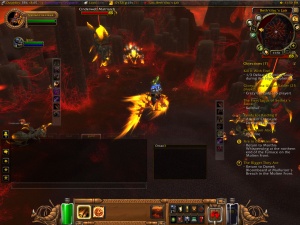 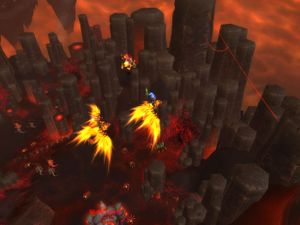 Each day, three different firelords will appear at random in the bombing area.