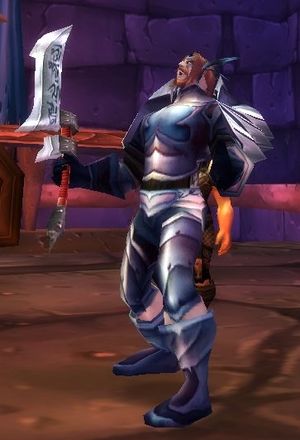 Death Knight Captain in the old version of Naxxramas

Death Knight Captain can be found in Naxxramas.

With a whirlwind that you really can't shake a stick it, we opted to spare our more close-encounter type players and ranged these nasties down. We kept that away from our magic users and they also posed little threat. One of the two of these were so terrifying that they caused us to run around, much like the proverbial headless chicken. We opted to fight in already well cleared areas to prevent any accidents.

Written by Lockdown of WowVault