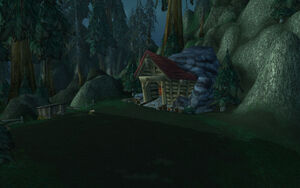 The Deep Elem Mine is a mine in the middle of Silverpine Forest.[56, 46] 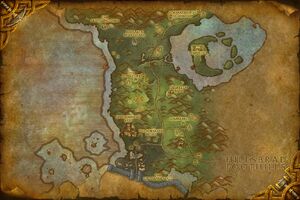 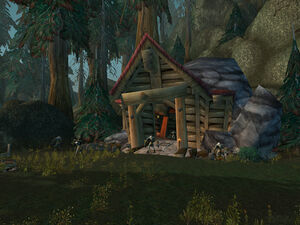 The mine with worgen.

Arugal let his magic spread to the Deep Elem Mine.[1] Led by the cunning Grimson the Pale, the former foreman of the mine,[1] the worgen made the mine their home.

Dalar Dawnweaver sent heroes to behead Grimson the Pale so that the Forsaken could claim the mine as a resource of the Forsaken in name of the Varimathras.[1]

It appears that Gilneas Liberation Front took over the mine following the Cataclysm. Master Forteski, known as the Horseman, stood outside on command of Sylvanas Windrunner with a contingent of her most powerful Veteran Forsaken Troopers,[2] believing she has the leaders of Gilneas Liberation Front cornered. However, it turned out to be a trap set by Ivar Bloodfang; the mine was in fact empty and about to explode. The Forsaken troops were blown to pieces as the mine exploded,[3] with only one messenger to survive and report back.

The Alliance sought to use Deep Elem Mine as a resource in their war against the Horde, and sent forces to bomb away the rubble blocking the entrance.[4] The Horde moved to get rid of the explosives so they could continue mining there themselves.[5]