The Defias Messenger is a Defias Brotherhood member who can be found walking the western road between Moonbrook and the Jangolode Mine in Westfall. His route begins in Moonbrook, where he spawns in front of the blacksmith's building at [44.4, 69.6] 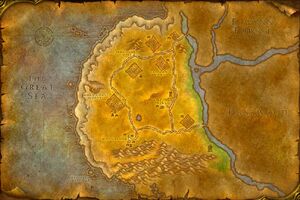 . He then travels the road north, visits the Gold Coast Quarry and Jangolode Mine, and returns to Moonbrook the same way.

[A Mysterious Message]; he's probably delivering it to Blacknails straight from Edwin VanCleef himself. Gryan Stoutmantle wants you to retrieve it.