From Wowpedia
(Redirected from Diablo)
Jump to: navigation, search

For more information on the Diablo franchise, see Diablo Wiki. 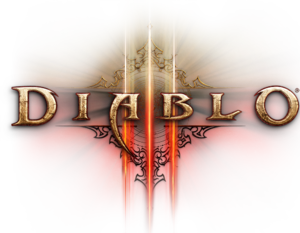 The Diablo franchise is another game universe created by Blizzard Entertainment. It is a dark fantasy action role-playing game franchise. It is not related to the Warcraft universe in any way, nor are there significant contributions from that universe to this one. Although, there have been some rumors of more linkage.

Humorous references to Diablo in Warcraft

Warcraft III and World of Warcraft contains some in-game humorous references to Diablo, such as

Influence on and differences from Warcraft 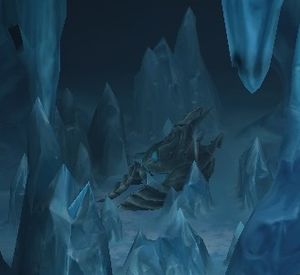 The Helm of Domination, as seen in the Caverns of Frost in Diablo III.

Humorous references aside, many spells and abilities in WC3 and WoW were inspired by skills in Diablo II, namely auras and the idea of passive skills. The RPG elements of Diablo were significant in the development of WoW, as it meant that Blizzard already had experience in building an RPG. Here are some of the similarities that players may notice between games:

Like in the Warcraft universe, Diablo features demons, but unlike Warcraft, Diablo's demons are ruled by devils, come from Hell, and fight a war against actual angels. The more traditional nature of Heaven and Hell make the world of Diablo extremely different from that of Warcraft. Religion becomes a conflict (references are made to Mage Wars and Inquisitions), and humanity becomes pawns in a greater conflict between angels and demons. In World of Warcraft, the fight for fame and glory can be tied into a quest to save the world from the evils of the Old Gods or the Burning Legion. In the world of Sanctuary, no quest for prestige and riches can occur without facing the minions of Hell.

In terms of visual style, Diablo is on the opposite end of the visual spectrum from Warcraft.[1]

Diablo references in World of Warcraft

It was announced that players who committed to a full year monthly (that is committing to pay every month for a full year) subscription to World of Warcraft would receive: