From Wowpedia
(Redirected from Dock)
Jump to: navigation, search

A harbor, also known as a pier, anchorage, dock, wharf, marina, port or quay, is a place on the seashore for docking boats used in transport of goods and people. Harbors in World of Warcraft are often used to transport players from one continent to another. 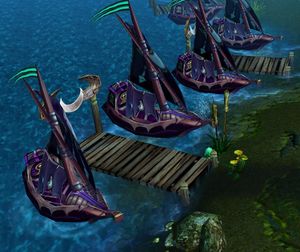 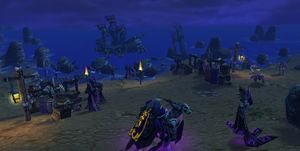 Scourge harbor in The Frozen Throne. 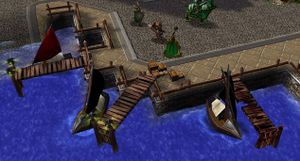 Human docks in The Frozen Throne.

Orc and goblin shipyards in The Frozen Throne.

The arrival of new boats is signaled by the same ringing bell sound that was produced when clicking a Shipyard in Warcraft II.