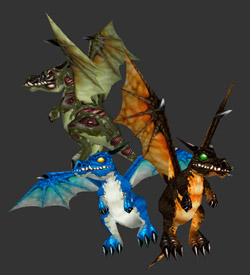 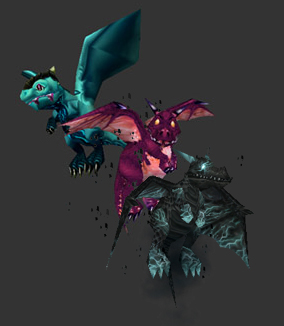 Dragon whelps (aka dragon whelplings, dragonlings, or broodlings) are the smallest members of the dragonkin species. They are the youngest and weakest variation of dragons adventurers face. In most cases however, where there are whelps, their larger cousins are close by. Additionally, some whelps such as Wrathion have demonstrated significant intelligence and magical ability despite their physically weak dragon forms.

Whelps are conscious while in their eggs.[1]

Dragon whelps come in a variety of colors and are found in many different locations. 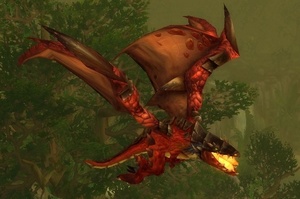 Even smaller and weaker than dragon whelps, are dragon whelplings. These are pint-sized companion dragons that in most cases, are dropped by the dragon whelp versions of themselves. 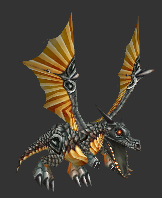 Mimicked to represent dragon whelps, engineers have developed schematics to create a mechanized version of these tiny dragons known as dragonlings. Unlike whelp companions however, dragonlings will fight for you, are only temporary, and are restricted to engineers.

Little versions of dragons with an appearance of dragon whelps.

Whelps with the Legion model