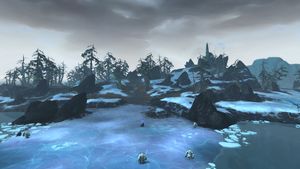 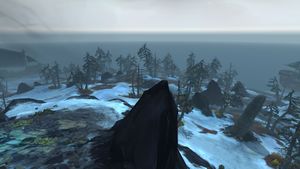 The Dread Chain is an Island Expedition consisting in a frozen landscape. The island is inhabited by kvaldir, ice trolls, mogu, and wild yetis.[1] Occasionally, vrykul also appear.

[Dread Chain Salvage] refers to it as "the northern island". With that and due to some of its inhabitants, Dread Chain is probably located near Northrend.