This article lists the races that are able to become druids, along with the lore behind each. 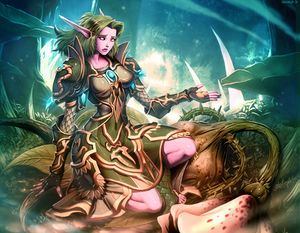 Night elven druidic traditions extend back further than most races have existed. The demigod Cenarius taught the druidic arts to the kaldorei early in their history, and the most devout of night elf druids honor and pass on his original teachings. A few were there when Cenarius provided his tutelage and learned directly from the demigod. 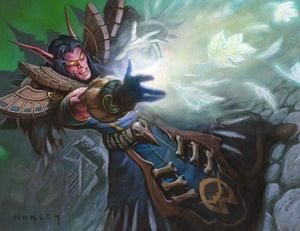 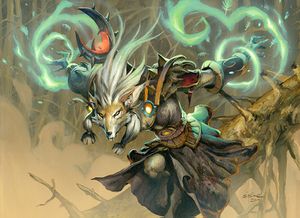 In the early days of humanity and its civilization, many tribes of humans had primitive belief systems that incorporated simple nature magic. However, the rise of organized religion such as the Holy Light and the potent arcane magics introduced by the high elves quickly supplanted such traditions. Gilneas, due to its relative isolation, has retained a degree of their ancient culture in the contemporary era. The religious leaders of what was in Gilneas referred to as the "old ways" eventually became "harvest-witches"; those who used their nature powers to augment Gilneas’ agricultural output during and following its period of industrialization. Due to the presence of harvest-witches in their culture, when Gilneans learned about night elf druids they became fascinated by them and their exotic connotations, to the point where many started referring to harvest witches as "druids", though this was quite far from the truth, as few Gilneans had any idea what a druid actually was. Harvest-witches have a limited control over nature, especially plant life, and the powers of harvest witches bear a coincidental resemblance to the low-level abilities of actual druids. Harvest witches who contracted the worgen curse (which was druidic in origin) found that their powers were somewhat amplified, and after making first contact with the night elves cursed harvest witches were offered induction into the Cenarion Circle for both study and training.[1]

Starvation's first solutions are most of the time cutting down forests. It is likely that the human druids intervened here and promised to save the crops of Gilneas to have their forests spared. It is possible that because of the reappearance of druidism, Gilneas in general was drawn closer to the beauty of nature. This is a nice analogy to romanticism and paganism in the real world 18th century, so it is a likely theory. 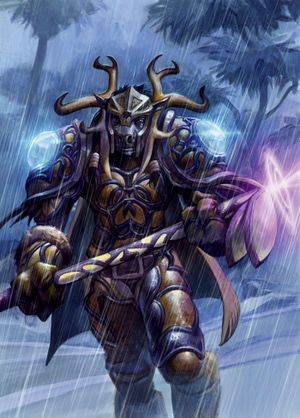 According to the tauren lore, Cenarius instructed them first in druidism, as recounted in their myth Forestlord and the First Druids. It was in fact Malfurion Stormrage who was the first mortal druid, and Cenarius' greatest student.[2][3] It is likely though that Cenarius may have met and befriended the tauren. 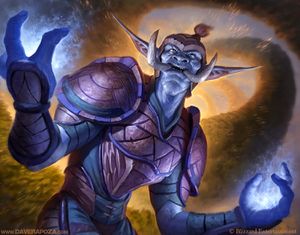 Unknown to the loa priests, Zalazane was slowly cutting them off from the spirits. When they were powerless to stop Zalazane he started to take control of the Isles. Vol'jin, wanting to prevent more of his people from being controlled, gave the order to flee the Echo Isles. Many trolls, including the loa priests, witch doctors, felt they had failed their people and took towards the untamed jungles of the southern islands. It was here that Zen'tabra had a vision. In this vision Zen'tabra saw the Emerald Dream and spoke to the ancient raptor loa, Gonk. Able to reach across and bring Zen'tabra's spirit to him, he tasked her and her people to save the life on the isles and revealed a new way to connect with all the spirits of nature, instead of serving just one at a time. Since then the once witch doctors were taught directly from the Emerald Dream and the spirits themselves. And although the spirits are not keen on teaching more of her kind, they will help so long as the Echo Isles continue to flourish with life.

It was rumored that, long ago, a tribe of troll druids once called the Echo Isles home.[4] However, this was later said by Zen'tabra to be a myth made up to confuse Zalazane.

In the Warlords of Draenor expansion the high arakkoa sun-sages use solar magic similar to that of balance druid. Even though Dawnseeker Rukaryx is considered a balance druid, it's possible that because followers must be a playable class and specialization that they chose balance druid because it was the closest class to sun-sage. But, Dawnseeker Rukaryx is a part of the Order of the Awakened who are trying to redeem arakkoa society by means of the apexis, and it is said that the apexis believed in a balance of light and shadow, day and night.

The iconic night elf druid is a spiritual creature with powers that tap into worlds beyond most mortal knowledge. Green energy plays around his feet, and he moves unhindered through secret forest paths. Night elf druids have always guarded their people against the Burning Legion, and over the ages they developed methods to strike past the demons’ defenses.

Night elf druids claim that they can still hear the voice of Cenarius, warning them when danger is imminent and giving them gentle urgings as to the best way to avoid attacks. Perhaps this voice is nature itself, protecting those who protect it. The night elf druid can drop into a deep slumber. While hibernating, he does not need to eat or drink, and he barely needs to breathe — others must be careful to determine that he still lives. When the druid enters hibernation, any poisons working within him are suspended, and he does not bleed. His breathing is so shallow that he does not suffer effects from inhaled toxins or other dangers, and he can survive for a year on the amount of air he would normally need in a day. He heals at twice the normal rate. When the night elf druid enters hibernation, he sets the conditions to awaken. He can choose a specific amount of time (“twenty-four hours”) or some other event, such as, “When the sun strikes my eyes” or “When I hear the call of the horn of Cenarius.”[5]

After joining the Horde, the Darkspear trolls (or at least some) began to live in the future. As such they starting to pursue the path of druid, shaman, and witch doctor.[6]

Like all of Cenarius's children, centaur favor druidism over other divine arts. However, centaur druids are not in the least respectable. Rather than striving for a balance with nature, centaur druids control nature, using it to further their own ambitions. If an animal or plant refuses to subject itself to the centaur's rule, then the creature finds itself either enslaved or, more commonly, destroyed. It takes weeks for night elf or tauren druids to correct the damage a centaur druid inflicts on any territory it comes across.[8]

Druidism is more difficult for humans, because it involves quiet contemplation and a sense of one’s own inferiority compared to the needs of the whole; but some humans have the necessary concentration, consideration and calm and have become exemplary wardens of the wild.[9]