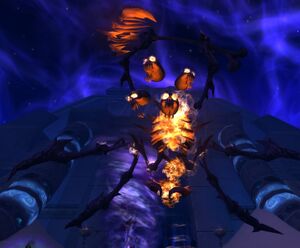 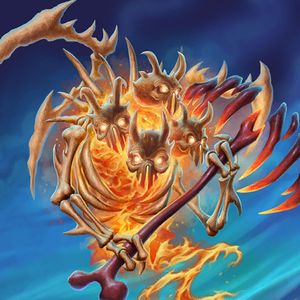 Earthrager Ptah is a boss of the Halls of Origination.

It reappears in a vision as Ptah the Corrupted, being surrounded by Devoted Disciples in the Tomb of the Earthrager.

Outside Earthrager Ptah's tomb, the sand is littered with the bones of the creatures purified by Anhuur. It is said that Ptah can bend these remains to his will and send them against beings who manage to elude the facility's first line of defense.

Aggro
More carrion for the swarm...

Killing a player
Dust to dust...

Ptah appears as one of the bosses that can be encountered in the Tombs of Terror adventure in the Saviors of Uldum expansion for Hearthstone.