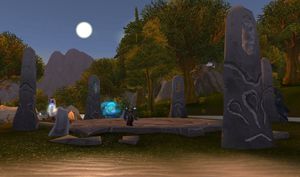 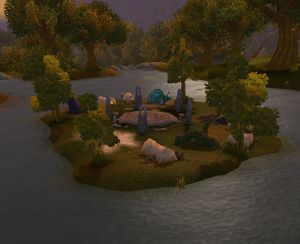 The Earthshrine as seen from Stormwind Keep 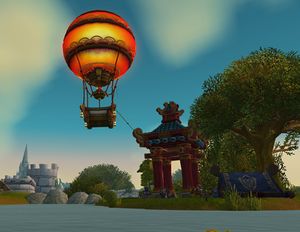 The pandaren shrine near the Eastern Earthshrine

A small pandaren shrine was added along the shore of the lake near the Eastern Earthshrine. This is the location of the dragon turtle vendor for the Tushui Pandaren. In addition, a portal to Paw'don Village in Pandaria's Jade Forest is provided after completing the opening questline (starting with

The Earthshrine has portals to Tol Barad and to all of the new zones in Cataclysm. At first, only the portal to Tol Barad is active (although it is restricted to level 85), and the others must be unlocked by completing the initial introductory quest for each area.