Eaters of the Elements

Defend Drek'Thar as he performs his ritual.

Drek'Thar has already begun his ritual, and it is powerful enough to draw the attention of the local goren. Those beasts are drawn to elemental magic like flies to a corpse.

I will have my hands full soon enough. Help us if you like but Drek'Thar must be allowed to finish his ritual.

I came seeking aid from the elements. I see now that we are the ones who must aid them.

Come, <name>, witness what I have witnessed. 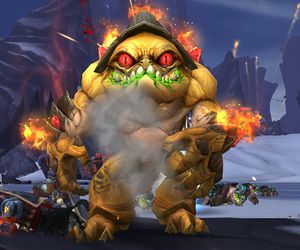 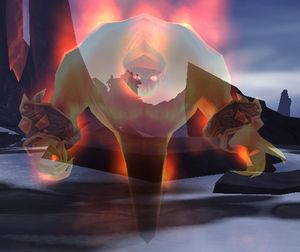 Jump down after Draka and stick close to Drek'Thar's Healing Stream Totem.

After the first wave:

Farseer Drek'Thar yells: I... I hear the voice of a Fury!
Draka yells: Hear it faster! We are getting swarmed down here.

After the second wave:

A small wave of goren, followed by a large Flaming Goren.

After the Flaming Goren dies, a fire elemental called Gorelish appears from the goren's corpse: 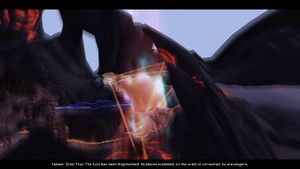 On complete, a cutscene: