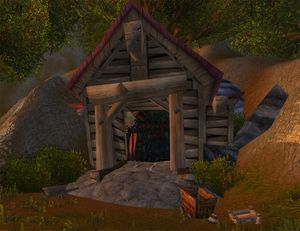 The closed off Echo Ridge Mine. 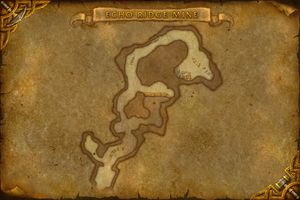 Map of Echo Ridge Mine.

Echo Ridge Mine is a mine located in northwestern Northshire Valley within Elwynn Forest. It was overtaken by kobolds, much to the frustration of the humans living in the area. Following the Cataclysm, the mine has been closed off. Gug Fatcandle is occasionally found at the entrance. It is unknown why it was closed, but its possible that it had collapsed at some point due to the earthquakes or to prevent the kobolds from getting back inside.