Enemies At Our Door 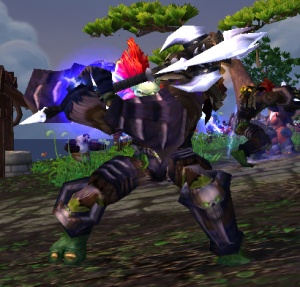 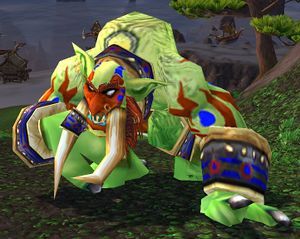 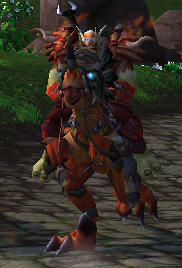 The Zandalari have begun their attack! You must help defend the village!

If we can't push them back, we will never find the Thunder King's remains!

The village must be saved!

The Zandalari have started to retreat, <name>. This victory will mean a great deal to the villagers.

In the chaos I was able to capture one of the fighters. Perhaps we can get some information from him.

On accept, the phase changes:

The Zandalari are attacking in force! Amani Berserkers have passed the defense line and are being fielded by Zouchin Defenders and Zouchin Archers inside town. Amani Behemoths are charging the barricades on the northwest path down to the beach. Elder Shu is standing guard and has prepared some Blasting Barrels:

Elder Shu says: Hurry, <name>! Use the barrels to defeat those monstrositites!

Interact with a barrel to instantly kill the behemoths being fielded by the defenders at the barricade. Another handful will come up the path, so repeat the process. After that, cut through town to the northeast path, where Shomi is leading the guards.

Finally, return to Cho in the inn.