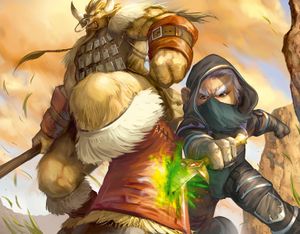 Envenom is a level 10 Assassination rogue ability. Used as a finishing move, it consumes one or more of your combo points on the target and deals instant poison damage.

Envenom works much differently than other abilities that the rogue might be used to, and therefore must be used with certain considerations in order to benefit fully from its capabilities.