Never be too sure you have a gnome cornered[1]

Escape Artist is a gnome racial ability that removes any immobilization or movement speed reduction effects. It is based around gnomes' small size and great agility, allowing them to deftly escape traps and snares made for much larger targets. 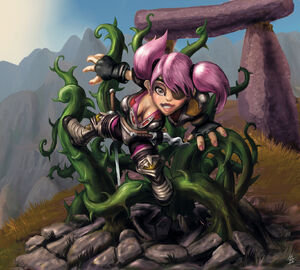