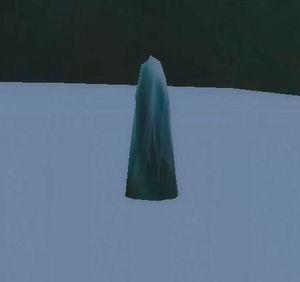 Everfrost is magical never-melting ice found in a few places in The Storm Peaks. Calder from Sons of Hodir wants the Everfrost Chips for quest

[77] Everfrost (R). Calder claims that there were more of Everfrost years ago, but the Jormungar have devoured nearly all of it.

This item is found in the south eastern section of Storm Peaks, on the plains and mountains. They appear to be on a 45 minute spawn timer, with 6 possible spawning zones, which each contain a single chip.

The following spawn locations were provided from Wowhead data. 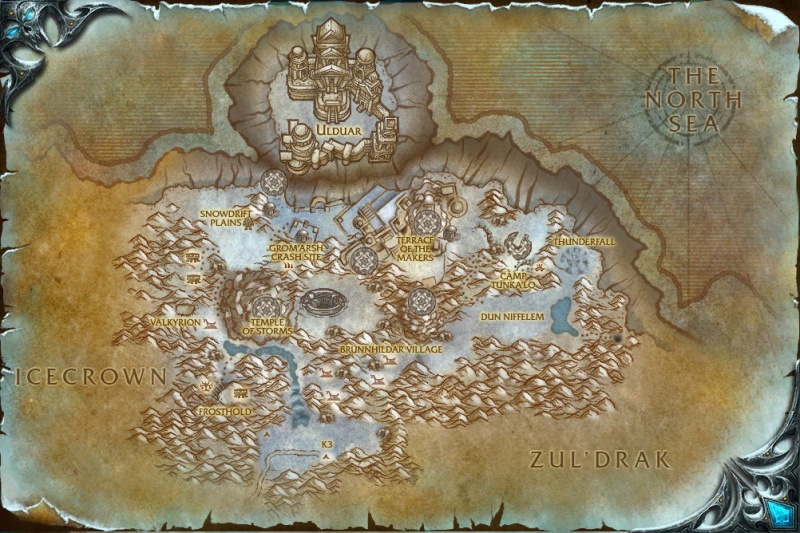 These items are used for the quest