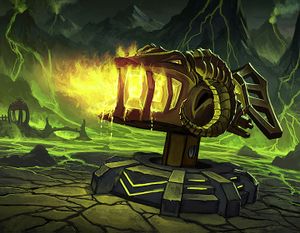 A fel cannon from the TCG.

“The Burning Legion has no need for ammunition like cannonballs. The demons utilize far more potent weaponry.”

Fel cannons are cannons infused with fel energy and used by the Burning Legion to protect the territory they have claimed for themselves. They shoot fel cannonballs, but have a boiler grill on the front in the stead of a barrel. 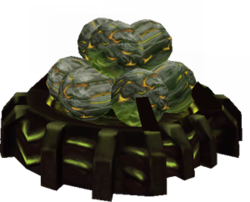