Not to be confused with Meryl Felstorm. 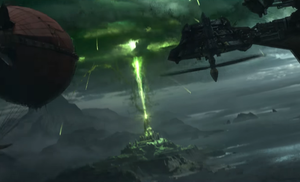 From the Legion cinematic 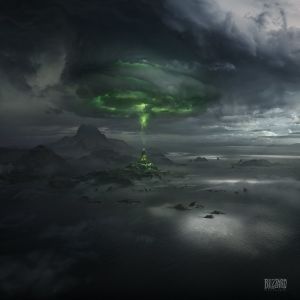 The Felstorm[1][2][3] was a gigantic swirl of fel situated above the Tomb of Sargeras. In reality an enormous portal leading to the world of Argus,[4][5] it was powered by a powerful source of magic beneath the Tomb that Gul'dan released, marking the beginning of the third invasion of the Burning Legion.[6]

The core of the Felstorm is Felstorm's Breach. It shoots through The Guardian's Sanctum and the Conclave of Torment before being channeled to the apex of the Tomb, just above the Sacristy of Elune. 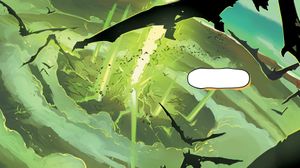 As the Felstorm darkened the skies above the Broken Isles, the Azerothian forces rallied to the Broken Shore in the hopes of countering the invading demonic army. High King Varian Wrynn and Banshee Queen Sylvanas Windrunner led the first wave of the Alliance and Horde's armies. Their incoming troops were prematurely assaulted by infernals and felbats pouring down from the Felstorm. The Battle for the Broken Shore eventually ended catastrophically with the mortal forces being forced to retreat.

Some time later, Turalyon, High Exarch of the Army of the Light, sent Light's Heart to Azeroth, which cut a swathe through the Felstorm, in order for it to reach Prophet Velen.

Using the Pillars of Creation, the Armies of Legionfall managed to close the Felstorm and also sealed the Tomb of Sargeras.[7][8]