A Druid is never out of her element.[1]

Flight Form (aka The Raven or Storm crow) is a Druid ability that is automatically learned at Level 58. In this form, a Druid can travel in Outland, Northrend (once

[Cold Weather Flying] is purchased at level 68) and Azeroth (once

Unlike mounts, Flight Form does not increase in speed upon learning Artisan riding; instead, druids are then able to train

[Swift Flight Form] at their trainers. 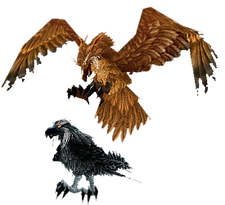 A tauren druid in flight form, flying over Scourge forces. 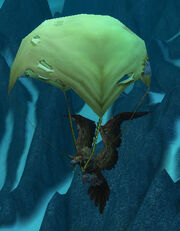