Freewind Brave is a tauren guard captured by the Grimtotem after Freewind Post fell.

They once guarded the lifts and ramp that lead up to Freewind Post. 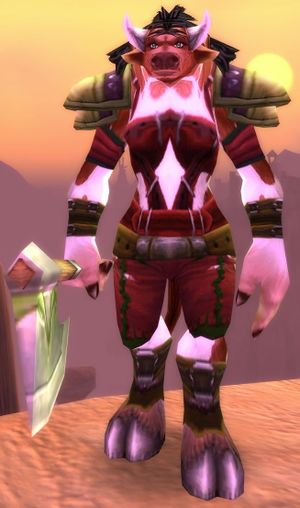