Frost mage in the World of Warcraft opening cinematic. 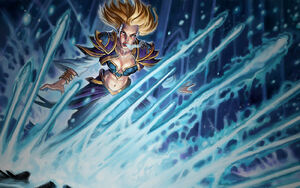 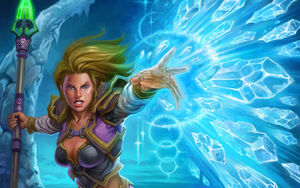 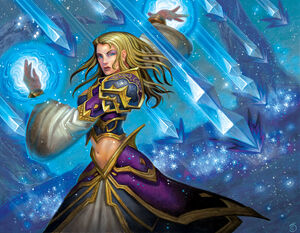 Frost mages,[1] also known as cryomancers,[2] are as their name indicates mages specialized in manipulating frost magic. During the times of the Third War, the Kirin Tor favored water and frost spells,[3] but since fire mages can be seen among their ranks as well.

Frost mages stand apart from their colleagues, in that their chosen school of magic focuses on maintaining supreme control over the capabilities of their enemies. Mages who command frost perform chilling displays on the battlefield, rendering foes immobile as they bombard them with ice. Often, the blade never reaches the caster before the bitter cold takes hold. The frost mage exudes frigid power as icicles form around them, foreshadowing the wintry demise of those who stand opposed on the field of battle.[4]