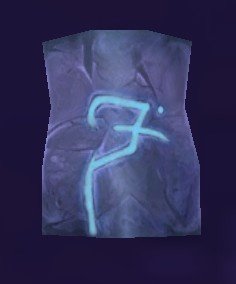 Frozen Rune is no longer in the game. It was a tradeable item, that was used in crafting the Argent Dawn frost resistance items.

Frozen Rune is no longer available since the level 60 version of Naxxramas was removed from the game in Patch 3.0.2. It was obtained from an interactable object of the same name on the walls of boss chambers. Each object would yield between three and six runes. It required a

[Word of Thawing] to be looted.

Frozen Rune was used in the following recipes:

These quests were only available after completing