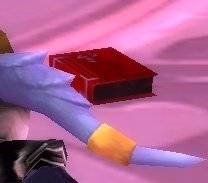 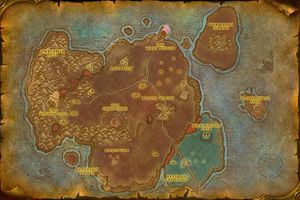 It starts the quest

The book can also be read, through the object. The journal is written in Draenei, so it cannot be read by non-draenei players.

This item is provided by and an objective of

I watched as they beat him without mercy. Their ruthless lieutenant acted as if such cruelty was an act of normalcy. Through the savage beatings, I could feel myself breaking.

As I watched Vindicator Saruan take their blows, I began to weep. Not out of fear... I wept out of sadness. To see a draenei of the Triumvirate treated in such a manner. If only I could have broken free of my bonds. If only...

After what seemed an eternity, the Vindicator lost consciousness. The torture was too much, even for him. The cruel one - Matis as I found out he was called - attempted to wake Saruan by splashing contagion laced water across his ravaged body. But Saruan did not wake.

I wanted to scream but only a low gasp escaped my lips. I was promptly beaten for this act of rebellion. As I lay on the ground, I could see Matis pacing in front of Saruan's body. He seemed visibly concerned. He stated that Sironas or Sirona or some such entity would have his flesh flayed from his bones if Saruan had perished in the beatings.

<The writing stops abruptly and a long line scrolls off the page. This draenei died while making the entry.>