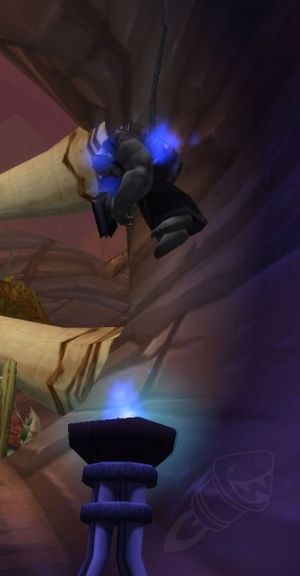 Gan'rul Bloodeye was a level 40 orc located in the Cleft of Shadow in the orcish city of Orgrimmar.

During the Siege of Orgrimmar, Gan'rul is found dead hanging from a rope in the tunnel leading into the Cleft of Shadow.