Garithos' Elite Guard, commanded by Lord Garithos, was used to try to keep the blood elves and naga under Kael'thas Sunstrider and Lady Vashj from escaping to Outland through the Portal to Outland in Dalaran. His elite forces were made up of Alliance military, heroes, mercenaries, experiments and even red dragons. The main Elite Guard were released from his Castle, Barracks, Workshop and Gryphon Aviary. His heroes came from an Altar of Kings. His mercenaries were hired from Mercenary Camps. His red dragon allies came from a Dragon Roost. He released his experiments from Arcane Vaults. 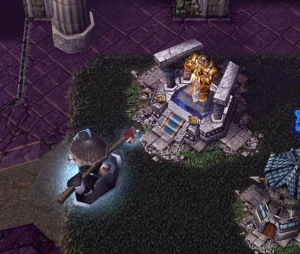 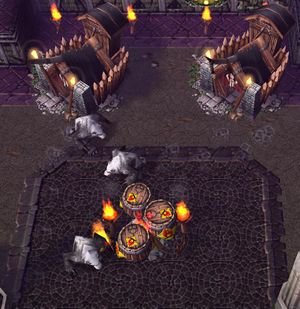