I wouldn't normally keep a taunka as a captive, due to their close relationship with the Horde... but this one is a traitor, and a criminal to boot. Exiled by his own tribe, he canoed down to Azshara and was found stealing supplies from Valormok. He would have been put to the axe had I not been standing by, wallet in hand.

Gaur is my winningest gladiator, <class>. I'll bet you 10 silver that you can't beat him.

You don't stand a chance against Gaur.

Fine, here's the money... but you'd better make yourself scarce before I reconsider my policy on keeping Horde slaves.

Gaur Icehorn is chained to the base of the cliffs on the coast just north of Spiketooth's position.

Do I frighten you, <class>?

I'm here to challenge you in combat.

Defeat him (you can't kill him) and return to Spiketooth. He stiffs you 3 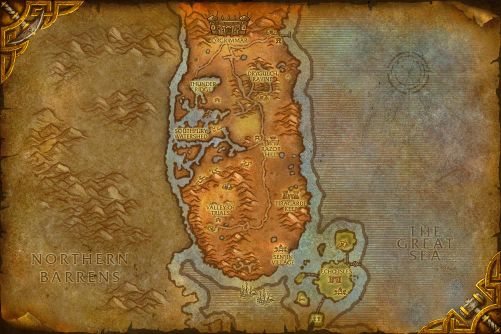