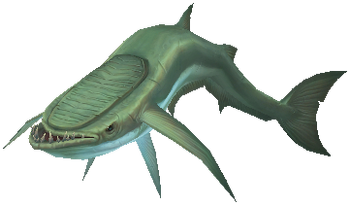 Giant remoras, are shark-version of the common remora and live in waters of Azeroth. They were first added as part of the Cataclysm expansion. Almost all species of Giant Remora swim close to the bottom of their respective waters. Giant Remoras are most common in Vashj'ir, though they appear in other regions as well.