Gor'tesh, the brute lord, is a level 54 ogre and the leader of the Firegut ogres in the Burning Steppes. He is apparently a very intelligent ogre, ruling not directly from Dreadmaul Rock, but hiding in safety among the Blackrock clan forces near the Pillar of Ash.

Oralius wanted Gor'tesh's head for a party. In Cataclysm, his head still sits on a pike behind Oralius. 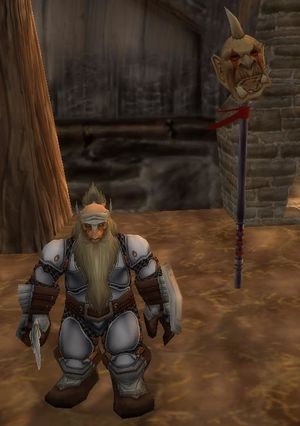