He seems to have taken leadership of the clan following the death of Nek'rosh Skullcrusher and later Warlord Zaela, as he represents the Dragonmaw at the prestige ceremony in the Undercity.

Following the Cataclysm he appears to have taken Nek'rosh Skullcrusher's position as leader. He uses several blood magic abilities when attacked by the Alliance adventurers sent by Prospector Whelgar. 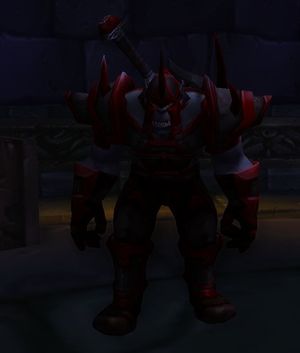 When a Horde player reaches Prestige Rank 2, Gorfax can be found in the Undercity alongside other notable leaders of the Horde. During