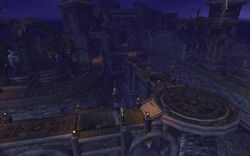 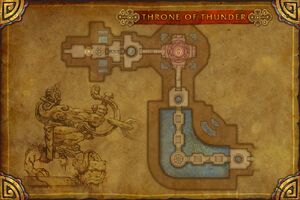 is a walkway high above the ground just after the Overgrown Statuary in the Throne of Thunder. The walkway is haunted by tormented spirits, which are fed upon by the construct in the middle of the platform. Stormbringer Draz'kil is creating the winds along the path attempting to blow the heroes off the side.