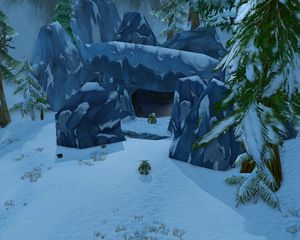 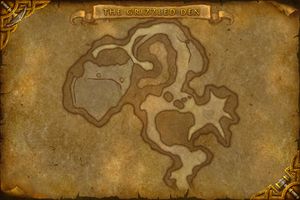 The Grizzled Den is a rather large cave system just southwest of Kharanos in Dun Morogh, where young adventurers can test their mettle against the ferocious wendigos which live there. Many enter in search of wendigo manes, which are popular for use in seat covers, but it is a risky proposition as the monsters breathe frost spells and flock together to drive the assailants out.

Some special finds in the cave system are copper veins and treasure chests. Also, there is a rare wendigo in the back that is a bit tougher than its counterparts. This is also a great place for new characters to party up with another and "raid" the cave. It's their first look at real partying.