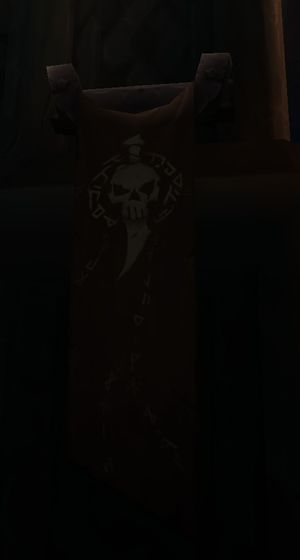 Hakkap One-leg is a banner hanging in the Tomb of the Old Kings on Shield's Rest in Stormheim.

Here lies Hakkap One-leg, who first learned to tame the storm drakes of this land. He and his powerful black drake, Ruthless, were unbeatable in battle, his newly trained Galeborn the fiercest warband in Stormheim.

One day a thunderstorm covered nearly all of Stormheim, its thunder sounded of a titanic beast that echoed across the land. Hakkap and his strongest Galeborn flew into the storm. In the clashes of lightning a great battle was fought. The storm passed, and Hakkap's body fell to the earth.