For the ship, see Harbinger.

Harbingers is a series of animated shorts serving as a prelude to World of Warcraft: Legion. It features Illidan Stormrage, Khadgar, and Gul'dan. The first episode, featuring Gul'dan, was released at the "Road to Legion" panel at San Diego Comic-Con on June 21st 2016.[1] 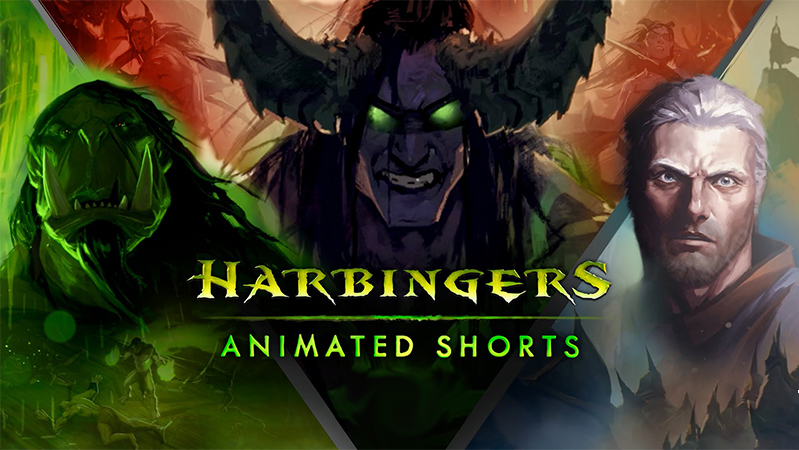 Harbingers is an exciting series of animated shorts bringing to life the tales of several key figures in the lead-up to the Burning Legion's invasion.

Step inside the mind of Gul'dan and learn more of his story, directly from the warlock himself.[2]

Discover the origins of Gul'dan in the first Harbingers animated short.[3]

Join Khadgar in Azeroth's hour of need and return to Kharazan[sic].[4]

Determined to find anything that will help him against the Burning Legion, Khadgar travels to an ancient tower and meets an echo of his former mentor, Medivh.[5]

Follow the tale of an Illidari recruit and Illidan's elite corps of demon hunters as they prepare to engage the Burning Legion for the first time.[6]