"Listen to me, lad, and I'll teach you everything you'll ever need to know."[4]

Hemet Nesingwary is a quest giver and game hunter seen in Nagrand, Sholazar Basin, Valley of the Four Winds, alternate Nagrand, Highmountain, and Zuldazar. Considered the greatest hunter on Azeroth, he leads safaris to hunt the wildlife of Azeroth and beyond, and is the author of The Green Hills of Stranglethorn. He is generally to be found in the wild, camped out with a group of fellow hunters, surrounded by a variety of grizzly trophies collected from the native game of the area. Nesingwary and his cohorts tutor adventurers on the hunting and trapping of wild creatures.

Hemet fought in many battles alongside Ajeck Rouack's father, and has been described by his servant Barnil Stonepot as a war hero of the Alliance.[5] Nesingwary is the father of Hemet Nesingwary Jr., who has taken over some of his father's duties in Stranglethorn in order to allow him to focus on new and even more exotic game in newly discovered lands.

Legends: The Thrill of the Hunt

Hemet was hired by the night elves of Nighthaven to track down a crazy furbolg that was terrorizing the elves. He chased him into Winterspring where he almost caught him not for the interference of Creedy's hunters. The furbolg escaped but one of the hunters recognized him to be the most famous hunter. They told him they were hunting a fox and Hemet joined them. After they found the animal's tracks, he immediately realized they were not after a fox and left them. He went after the tracks only to be attacked by a large cat, who turned out to be Teleena, a night elf druid. She explained that her nightsaber mount, Isis, had been killed by Creedy's group, who were bounty hunters. Isis had just given birth to three cubs which the bounty hunters intended to poach; their markings, which would fade as they got older, made their hides valuable to the unscrupulous that were willing to pay high prices for them.

Outraged that the bounty hunters would slaughter young animals that had no way or chance to defend themselves, Hemet immediately decided to help Teleena and her three cubs. They successfully escaped Creedy but the cruel hunter was able to shoot Teleena. Hemet took her to a nearby cave and managed to remove the bullet, but she later succumbed to her wound, asking him to take care of the three cubs before she died.

Nesingwary began with constructing traps and fashioned a bow and arrows from the bush for silent takedowns, killing Creedy's hunters one by one. Hemet managed to pull Creedy into a trap and bound him to a tree. The furbolg Hemet had been hunting appeared and he allowed it to kill Creedy before shooting it. Hemet then collected Teleena's body, the cubs, and the furbolg and turned them over to her people.

He would once visit The Blue Recluse and recounted his story to Flint Broadshot and his cronies, having learned the true meaning of an honorable kill and the "thrill of the hunt". He then claimed the corpse of a tiger the cowardly Flint had trapped before shooting it, leaving Stormwind to bury the animal out in the wild.[6]

At some point, Hemet was in battlefields in Lordaeron.[7]

Hemet also visited Kravel Koalbeard Shimmering Flats in Thousand Needles and ordered ammunition from him.[8] He also arrived to Desolace in Kalimdor and befriended the tauren Roon Wildmane, spending several days hunting beasts. When he left for Stranglethorn, Roon vowed to invite him back.[9] 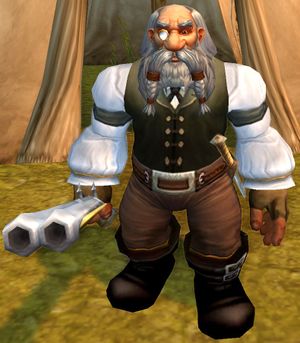 With the opening of the Dark Portal, Hemet Nesingwary saw this as an opportunity to hunt new prey. He traveled to Nagrand and set up camp and welcomes every one who wishes to join the hunt. His choice of target there appeared to be the clefthoof and Banthar is their champion. His ultimate target was Tusker.

During the war against the Lich King, Hemet Nesingwary has returned to Azeroth, moving his operations (via a boat crash landing this time) to the Nesingwary Base Camp, located in Sholazar Basin in western Northrend. (Evidently, his piloting skills have not improved.)

A new organization known as D.E.H.T.A. gives players quests to combat the game hunter's butchery, and even go up against Hemet's hunters.[10]

He became respected by the Frenzyhearts and Keket wants to see him during Children's Week. Hemet advised him to read The Green Hills of Stranglethorn if he wants to hunt with him.

Unlike from the original WoW-to-BC transition, Nesingwary can still be found in Nagrand as well as Sholazar Basin. It was previously assumed that Hemet Jr. (or another son) would replace him in Nagrand, but this does not appear to be the case. 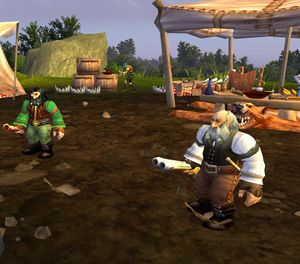 Hemet and his son in Valley of the Four Winds.

Hemet and his son make an appearance in Mists of Pandaria at Nesingwary's Safari near the south-west of the Valley of the Four Winds, in Pandaria. They have traveled here with a small group, having arrived by hot air balloon, The Killem' Jaro (and not crashing for a change). After he had valley's wildlife hunted, his son wanted to step out of his father's shadow by hunting his own game hunt. Nevertheless, Hemet had to rescue Junior from the spell of Torjar's Bane.

The Alliance and Horde invited Hemet to come to Nagrand to hunt big game. However, when he got here, they instead told him to hunt the Warsong wolves. This made Hemet disappointed, as he wanted to hunt big game, and felt the domesticated wolves weren't worth the effort. He set up a "camp" in eastern Nagrand, just north of Hallvalor, and began drinking heavily.

If a player drinks with him, Hemet may sometimes appear in their garrison.

Nesingwary is up to his tricks again, this time hunting big game in central Highmountain. He also serves as a champion for the Unseen Path in Trueshot Lodge.

During the Spring Balloon Festival, adventurers can visit Hemet Nesingwary in Nesingwary's Retreat for a ride across Highmountain in The Killem' Jaro.

Hemet Nesingwary is found in Nesingwary's Trek in Zuldazar on Zandalar.

He also apparently visited Kul Tiras as his campfire can be found in Stormsong Valley. 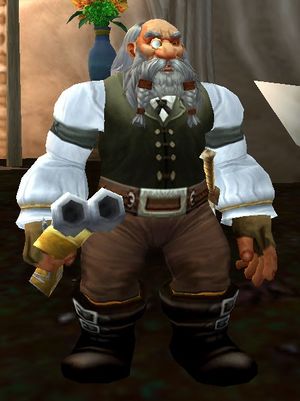 Valley of the Four Winds

The subject of this section was removed from World of Warcraft in patch 2.0.1. 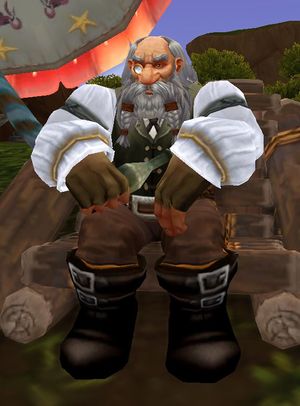 Whatsh do you want? Can't you shee I'm trying to drinksss here? Pour yourshelf one.

But, when I got here wasss that what they wantsh me to do? NO!

It doesn't get much better than this; the smell of fresh pine in the breeze, an abundance of game to be hunted.

I won't be forgettin' that hunt anytime soon!

I don't know if we could've taken that beast down without you and Addie. 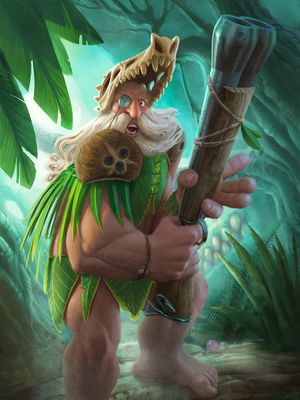 Hemet during the expedition to Un'Goro.

Hemet appears as a legendary card in the Goblins vs Gnomes expansion for Hearthstone. His flavor text reads: "It's hard to make a living as a hunter in a world where beasts instantly reappear minutes after you kill them."

He is also the fifth and penultimate boss that new players face in the game's initial tutorial. Since his legendary card was only first introduced in Goblins vs Gnomes, he was the last of the tutorial bosses to be added as a collectible minion card to the game.

Hemet reappears in the Journey to Un'Goro expansion in the form of Hemet, Jungle Hunter. His flavor text reads: "The goblin travel agency lost his luggage, but he's still having a great vacation!"