For the live version, see 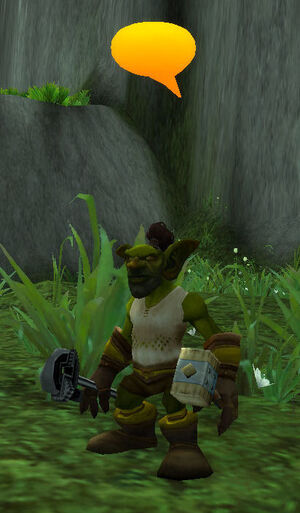 Rescue Shademaster Kiryn, Rivett Clutchpop, Shokia, and Sergeant Gorrok at the Wreck of the Sky Shark.

These were good men, <name>. Some of the most well-trained warriors the Horde has seen.

They died in glorious battle... That's something.

You stay here and search the area for other survivors. I'm headed for higher ground. If there are more Alliance about, we can't allow them to catch us off guard.

These are all the survivors, <class>.?

So be it. We have no choice but to play the hand fate has dealt us.