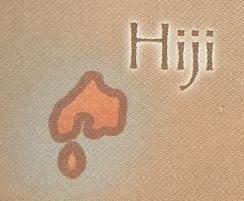 Hiji is a small island in the South Seas, to the east of Kezan, south of the Broken Isles and the Maelstrom, and southwest of Stranglethorn Vale.[1]

It seems to share the same general shape as Plunder Isle and roughly the same location. If it is intended to be the same island, it is likely either the name of a small island off the coast of Plunder Isle, and/or the original troll name for Plunder Isle itself.