The Hillsbrad Foothills (sometimes referred to as simply Hillsbrad) is a mid-level zone most suitable for players around level 25. Located in the Southern end of the North Island of (Eastern Kingdoms), the hills are home to the towns of Southshore and Hillsbrad Fields (Alliance), and Tarren Mill (Horde). Some notable locations, such as Durnholde Keep and Azurelode Mine can also be found here. Since this area lies outside of Thoradin's Wall, it is considered as a crossroads between Alliance and Horde players, which makes combat between the two factions likely.

Hillsbrad is relatively safe and stable. Its hills are green and pastoral, its meadows fertile and its soil rich. Humans loyal to the Alliance control Hillsbrad from the town of Southshore, though the Syndicate, murlocs and Forsaken threaten their serenity.[1] 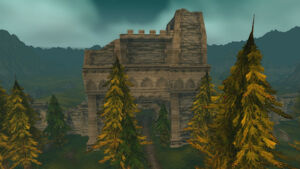 Hillsbrad is traditionally the most blood soaked battlefield on Azeroth, despite its pleasant, pastoral setting. The Battle of Hillsbrad Foothills was the first battle between the Alliance and Horde in the Second War and the area saw several important skirmishes between orcs and forest trolls on one side, and humans and high elves on the other. In the Third War, the Scourge wiped out the human town of Tarren Mill, though later it was claimed as the southernmost holding of the Forsaken. Since then, the undead have been battling fiercely with the humans of Southshore, and the region is infamous for having at one point been impossible to even enter without being slowed down by the constant battle and bloodshed.

Alliance
From Ironforge in Dun Morogh, run east on the road all the way to the Loch Modan Zone. Then, continue running north, until you reach the Wetlands. Run east in the Wetlands until you encounter a road running north. Run north, over the bridge, until you meet a road running west. Take that road, pass under the great wall, and Southshore is south of where you are. If you need anymore help, ask anyone in that area. Don't forget to pick up the Thelsamar, Menethil Harbor, and Refuge Point flight paths on the way!
Alternatively, Alliance can swim up the coast from Menethil Harbor, avoiding underwater mobs, until they come to Southshore. This route is perhaps safer and slightly faster, but far less scenic. It also forces you to walk to Refuge point later, since you can't pick up the flight path. 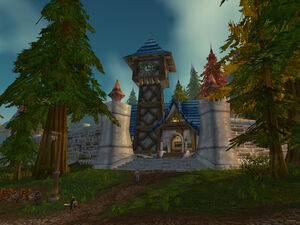 The town of Hillsbrad

Though the rest of Lordaeron was ravaged by the Scourge and twisted into a haunted perversion of its former self, the Hillsbrad Foothills largely managed to escape this fate. It remains the best preserved region of the fallen kingdom, giving travelers a feeling for what the land was like before the Plague. It is Human country, soft and green. Pine trees dot the ample farmland, and the rolling pastures are frequently crisscrossed with roads leading to the numerous towns and villages that still remain. A river flowing from Darrowmere Lake in the Western Plaguelands runs north to south. There are a few small, empty islands off the southern coast, and one larger one, Purgation Isle.

There are no instanced dungeons or battlegrounds in the foothills, though the Alterac Valley battleground can be found in the nearby Alterac Mountains. In addition, the micro dungeon Purgation Isle can be found here. 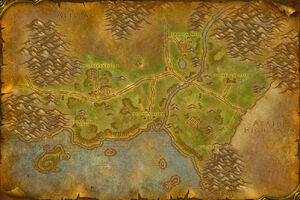 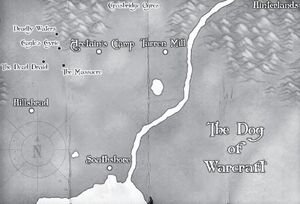 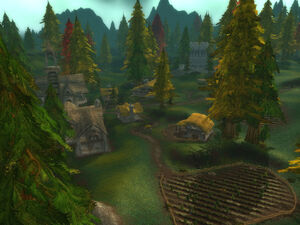 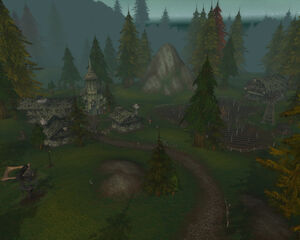 The Hillsbrad Foothills are home to several characters of note. At Southshore, Magistrate Henry Maleb seeks aid in the battle against the Syndicate, and Marshal Redpath sends promising adventurers into the Alterac Mountains to slay the vicious ogres that have their holdings there. In Tarren Mill, Apothecary Lydon attempts to concoct the perfect new plague, and High Executor Darthalia orders agents of the Horde into human lands to show them what's what.

"If there is one great truth about Hillsbrad, it's that this region is destined to live under the shadow of war." ~Huraan, Southshore NPC

On PvP servers, and less commonly, non-PvP servers, Hillsbrad is Ground Zero. It's arguably the single most actively contested region within the game, with the area immediately surrounding Tarren Mill often being a major battlefield. This is due to a meeting point between the Forsaken players reaching level 20 - 25 (coming from Silverpine Forest) and level 30 Ironforge Dwarf players (coming from Wetlands through Arathi Highlands). This zone should therefore probably be avoided for solo questing (or by levels below 20), especially considering that some max level players of the opposing faction who visit customarily have no qualms about killing characters much lower in level than themselves. Although quests are available here, the area tends to be frequented by individuals whose primary interest is PvP combat (on PvP servers).

Having been previously known as "Gankbrad","Pwnshore", and Killsbrad Foothills among others, Hillsbrad was the place for PvP action before the battlegrounds were introduced. It is now once again a peaceful place. However, sometimes Alliance or Horde will venture to the opposing faction's outpost in parties or raids to wreak havoc, especially when the battlegrounds are down. 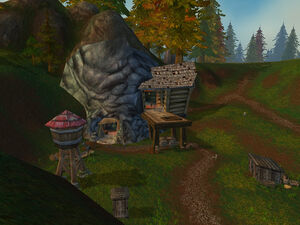 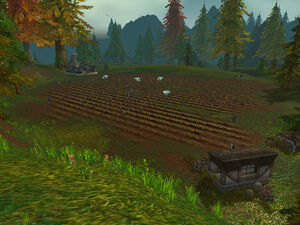