The Horde Player's Guide is a sourcebook for the World of Warcraft RPG. It was published in 2006.

Glory for the Horde!

Grab hammer and axe to crush the Horde’s enemies! Mok’nathal warriors range across new frontiers. Shamans and witch doctors teach their skills to young adepts, and the Horde’s enemies learn of its strengths and strike at its weaknesses. Delve into the Horde’s history, its structure and its political climate. Discover new races, feats, classes and technology unique to the Horde. Blood and thunder!

Everything a Horde Hero Needs 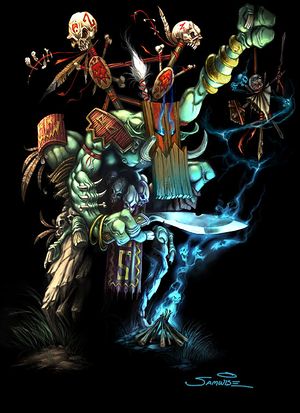 Sword & Sorcery books are published under the Open Game License and are 100% compatible with v.3.5 rules and the d20 System.

A character sourcebook book for World of Warcraft: The Roleplaying Game. 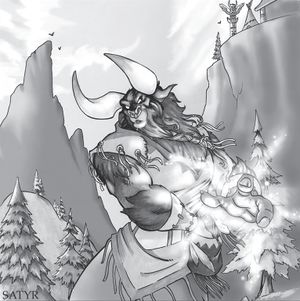 A plagueshifter casting a spell