Icecrown and the Frozen Throne 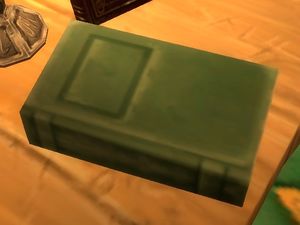 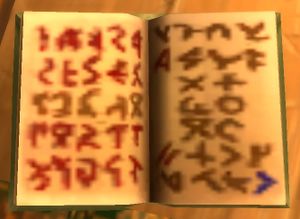 "Icecrown and the Frozen Throne" is a section of the History of Warcraft, Chapter IV. It is set shortly after Warcraft II: Beyond the Dark Portal.

Icecrown and the Frozen Throne

Kil'jaeden cast Ner'zhul's icy cask back into the world of Azeroth. The hardened crystal streaked across the night sky and smashed into the desolate arctic continent of Northrend, burying itself deep within the Icecrown glacier. The frozen crystal, warped and scarred by its violent descent, came to resemble a throne, and Ner'zhul's vengeful spirit soon stirred within it.

From the confines of the Frozen Throne, Ner'zhul began to reach out his vast consciousness and touch the minds of Northrend's native inhabitants. With little effort, he enslaved the minds of many indigenous creatures, including ice trolls and fierce wendigo, and he drew their evil brethren into his growing shadow. His psychic powers proved to be almost limitless, and he used them to create a small army that he housed within Icecrown's twisting labyrinths. As the Lich King mastered his growing abilities under the dreadlords' persistent vigil, he discovered a remote human settlement on the fringe of the vast Dragonblight. On a whim, Ner'zhul decided to test his powers on the unsuspecting humans.

Ner'zhul cast a plague of undeath - which had originated from deep within the Frozen Throne, out into the arctic wasteland. Controlling the plague with his will alone, he drove it straight into the human village. Within three days, everyone in the settlement was dead, but shortly thereafter, the dead villagers began to rise as zombified corpses. Ner'zhul could feel their individual spirits and thoughts as if they were his own. The raging cacophony in his mind caused Ner'zhul to grow even more powerful, as if their spirits provided him with much-needed nourishment. He found it was child's play to control the zombies' actions and steer them to whatever end he wished.

Over the following months, Ner'zhul continued to experiment with his plague of undeath by subjugating every human inhabitant of Northrend. With his army of undead growing daily, he knew that the time for his true test was nearing.