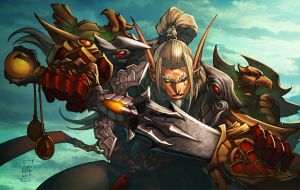 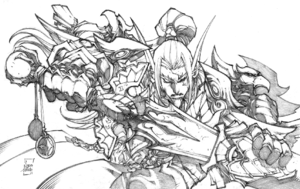 In the Shadow of the Sun is a short story by Sarah Pine featured on the official site. It offers a glimpse into the mind of Lor'themar Theron, regent lord of Quel'Thalas.

Originally, it was a fanfiction that won the grand prize in Blizzard's creative writing contest. It was later rereleased as official lore, with a few minor changes from the original.[1]

World of Warcraft Community Site In the Shadow of the Sun
Retrieved from "https://wow.gamepedia.com/index.php?title=In_the_Shadow_of_the_Sun&oldid=5730295"
Categories: