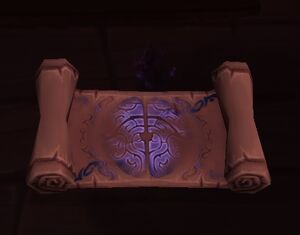 So many clues, but still clueless. 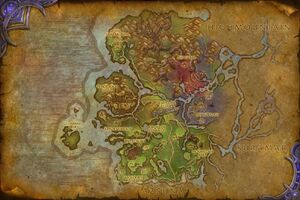 in front of the Nightmare Tumor in the house guarded by Wraithtalon in Ash'theran in Val'sharah after solving the Eyecraft puzzle. It holds the next clue for obtaining the

What you seek is buried within. 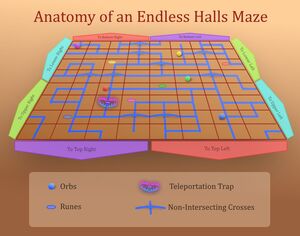 One possible iteration of the Endless Halls

Secret-seekers may recall the Tomb of Secrets at [53, 49] 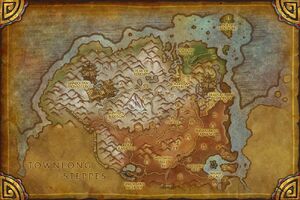 in the Valley of Emperors of Kun-Lai Summit.

In front of the statue of Nakk'rakas is a small Urn. Interact with it to consume the ashes of an evil sorcerer to enter the Endless Halls:

Runes on this urn indicate that is contains some of the remains of a powerful mogu spirit-binder. Many of the markings appear to be warnings.

WARNING: You are about to consume the ashes of an evil sorcerer. There is no way to tell what will happen. Are you VERY sure you want to do this?

Accept and enter the Endless Halls.

The halls were designed to not be solvable using a guide, but here are some pointers:

The halls are laid out in an 8x8 grid randomized based on the player's ID and the day of the week. There are five orbs to be found and carried, one at a time, to the matching-colored rune.

Rooms are nondescript and have exits in the four cardinal directions, though some are blocked. Exiting the room will fade the screen to black and the player will enter the connecting room. Hitting the end of the grid will wrap the player around to the other side, but with a twist: exiting the lower-left side of the grid will cause the player to enter from the upper-right side.

Additionally, though on paper it appears that paths may look like they cross, north-south and east-west passages do not actually intersect.

Finally, be wary of the teleportation trap room that, when entered, will send the player to any random location in the maze.

After dropping off the fifth orb, take any exit. The next room entered will have the seventh Inconspicuous Note.