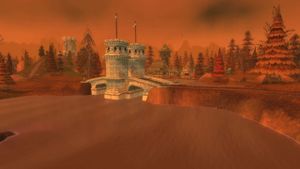 The Infectis Scar after the Cataclysm. 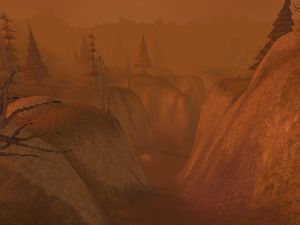 The Infectis Scar before the Cataclysm.

is a deep lake in the blighted earth of the Eastern Plaguelands. Unlike the Pestilent Scar, which was a natural gorge, the Infectis Scar on the other hand is the result of dark magic. When his runesword was broken against the shield of a dwarf captain near Corin's Crossing, the death knight Marduk Blackpool discarded the blade and kept the hilt with him. The evil blade sunk into the earth creating a chasm.[1] When the Cataclysm occurred, the chasm filled with water, creating the lake that exists today. 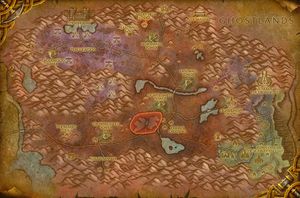 The newly risen waters have exposed many fossils in the area around the Infectis Scar lake. It is a fossil archaeology dig site.