Energy surged through her body like a raging river.[1]

Innervate is a level 50 Balance and Restoration druid ability. 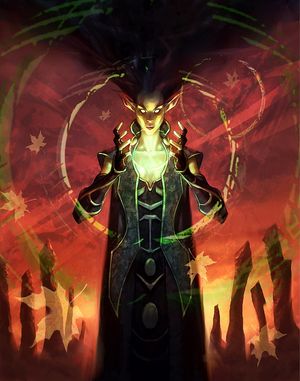 Innervate is a basic Druid spell in Hearthstone. The flavor text reads: "Some druids still have flashbacks from strangers yelling "Innervate me!!" at them."

Previously based on spirit.

Previously the 31 point talent in the Restoration tree.