From Wowpedia
(Redirected from Ivar Bloodfang)
Jump to: navigation, search

“My men should be tearing Godfrey to pieces even as we speak.”

Packleader Ivar Bloodfang is a worgen and leader of the Bloodfang worgen of Silverpine Forest. Although clever and willing to form alliances with others, he doesn't hesitate to use violence, brutality, and desperate measures to get what he wants. When he witnessed Darius Crowley's decision to retreat from Silverpine, he was no longer impressed with him, but he still assisted the Alliance. He considers the Forsaken his blood enemies.[2] 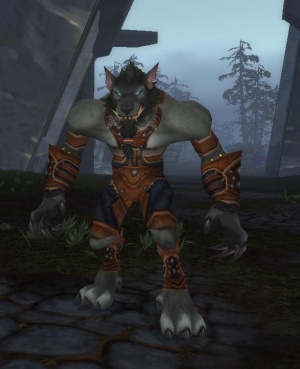 During the battles in Silverpine Forest, a Horde adventurer witnessed Ivar make an alliance with Lord Darius Crowley.[3] After this, he and Crowley launched a mass of sneak attacks and ambushes on the forces of Sylvanas Windrunner, at one point even killing part of her elite guard and almost killing the Horde character along with them.[4] He also came with Darius to Fenris Isle to convert the Refugee Leadership to worgen.[5] When Sylvanas captured Lorna Crowley and used her as a bargaining chip with Darius, Ivar was shocked at his immediate retreat and surrender, going so far as to call him a miserable bastard[6] before leading his pack back into the contested Gilneas. Following the retreat, he was very close to being a feral worgen.[2]

He was later seen working with the Stormpike forces on Purgation Isle. Following the Stormpike Apocalypse Ivar was also encountered in Shadowfang Keep where he directed his Bloodfang pack and the Alliance adventurers in hunting the traitorous Lord Godfrey. 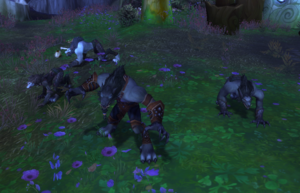 Ivar in Darkshore, surrounded by packmembers.

After Alliance champions defeated Deathstalker Hayward,[7] the pack led by Ivar claimed Fenris Isle. The Horde proceeded to distract the Bloodfang forces, encountering Ivar, so that evacuations from Tirisfal Glades could continue across the Lake.[8]

After this, he traveled to Darkshore with the some of his pack, aiding Gilneas once again as they fight the Forsaken alongside the kaldorei. 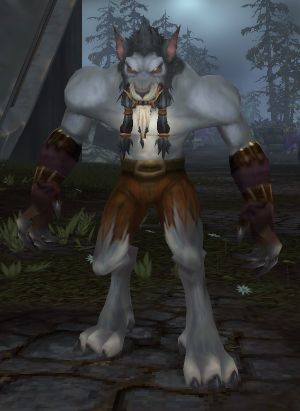 Ivar in the beta of Cataclysm.