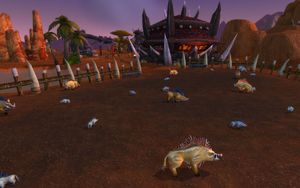 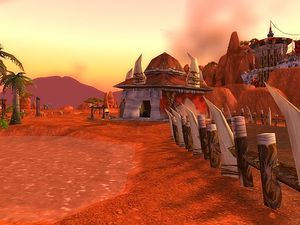 Jaggedswine Farm is one of several pig farms located near the front gates of Orgrimmar in the orcish homeland of Durotar. This farm, which is partially surrounded by the Dranosh'ar Blockade, contains a storage house, a large pig pen, and a pond. The swine from this farm are a source of food for the Horde.

The farm used to appear to be either vacant or abandoned, however during the Scourge Invasions, the Scourge members were present here, and during pre-Cataclysm event it became a base for the Twilight's Hammer.